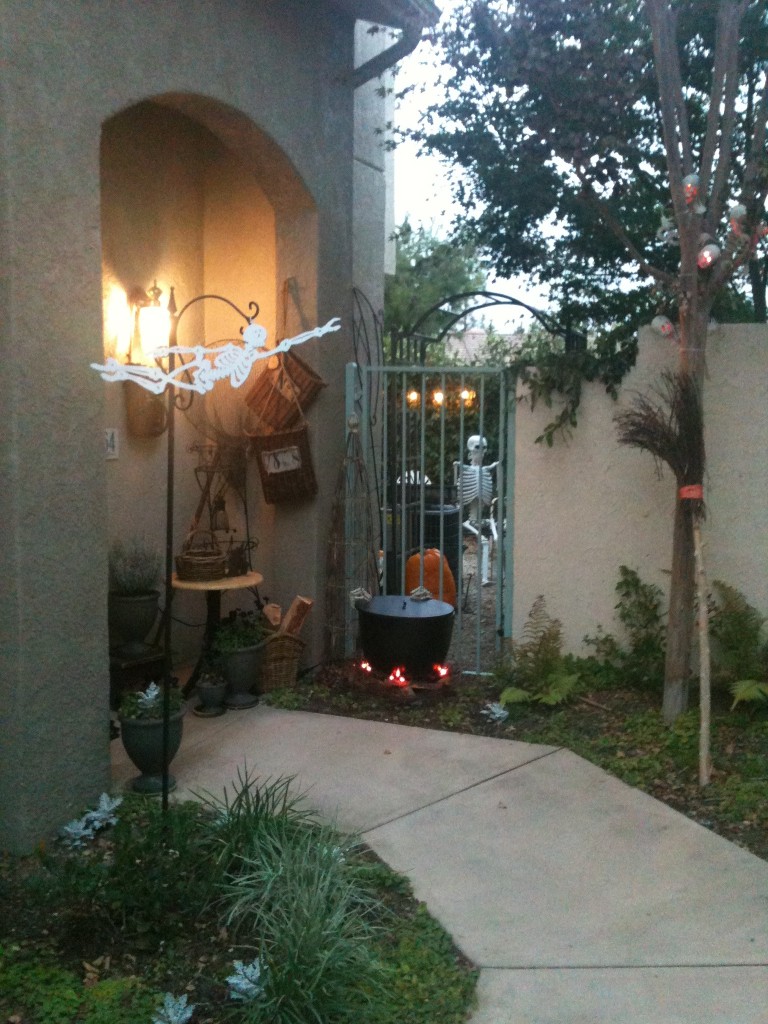 Exterior walk up to front of “shoppe” 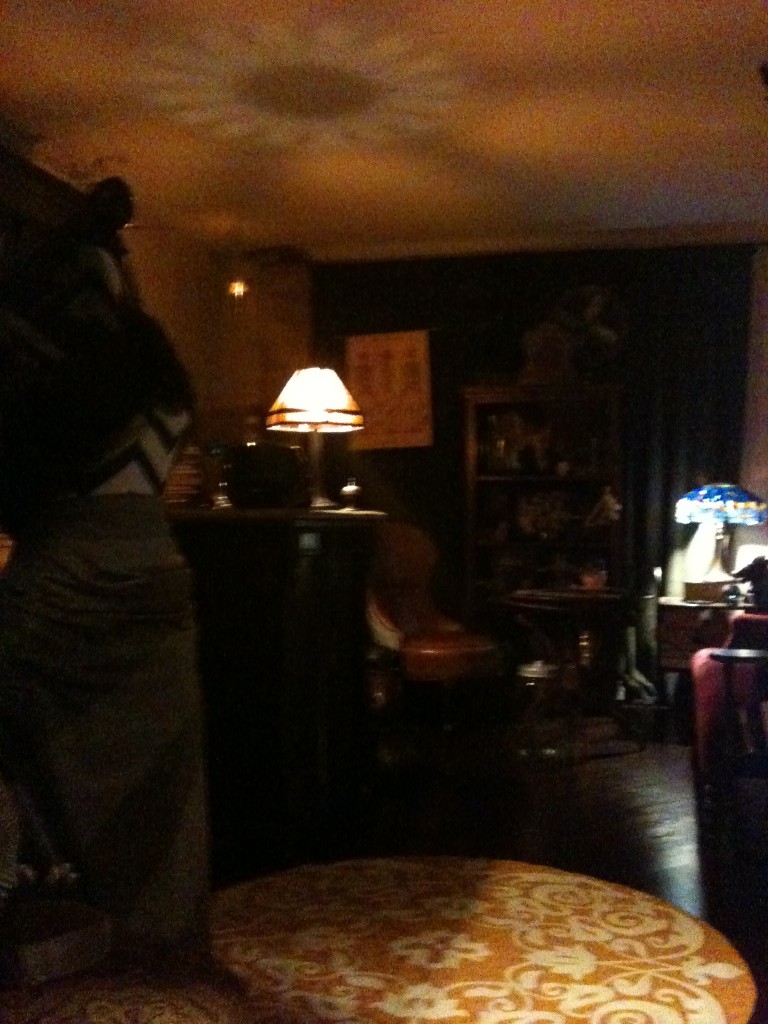 Interior shot, a bit grainy in the low light 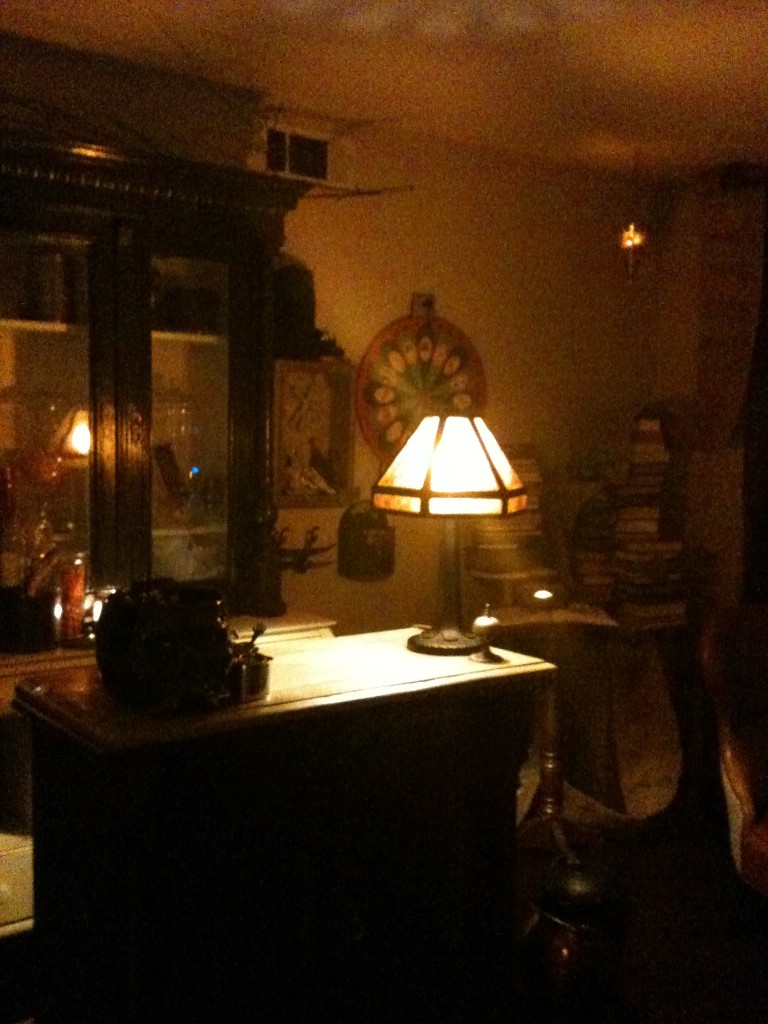 A close-up of the shoppe counter 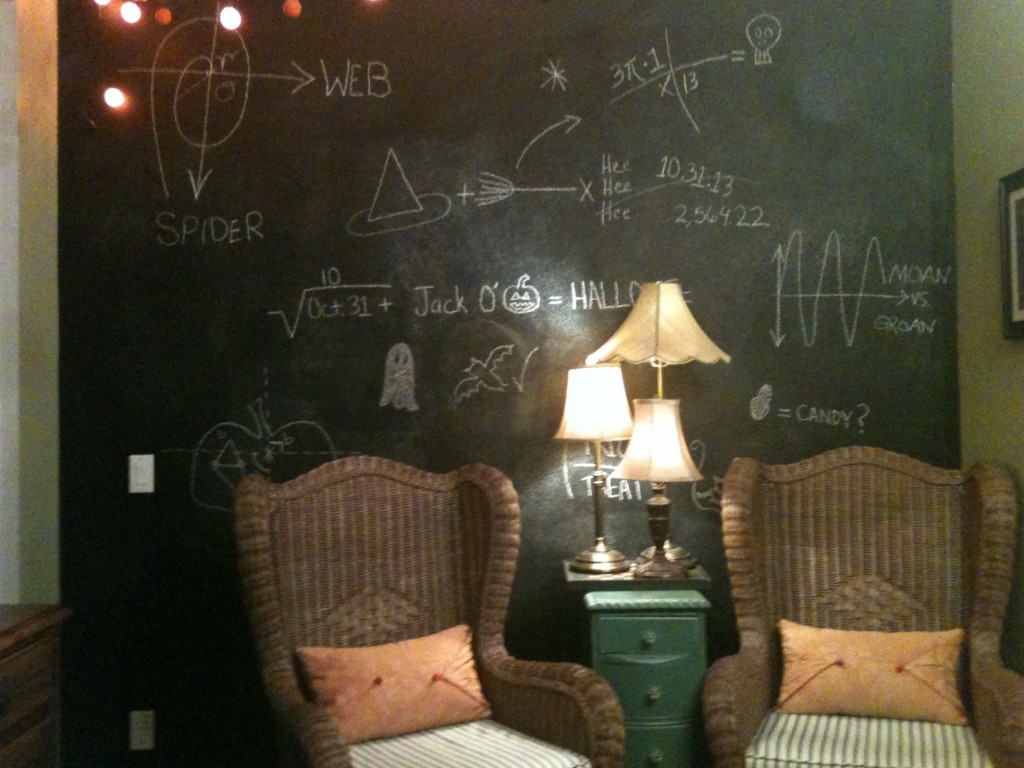 Hope you are all having fun with friends and family at your Dia de Muertos celebrations. 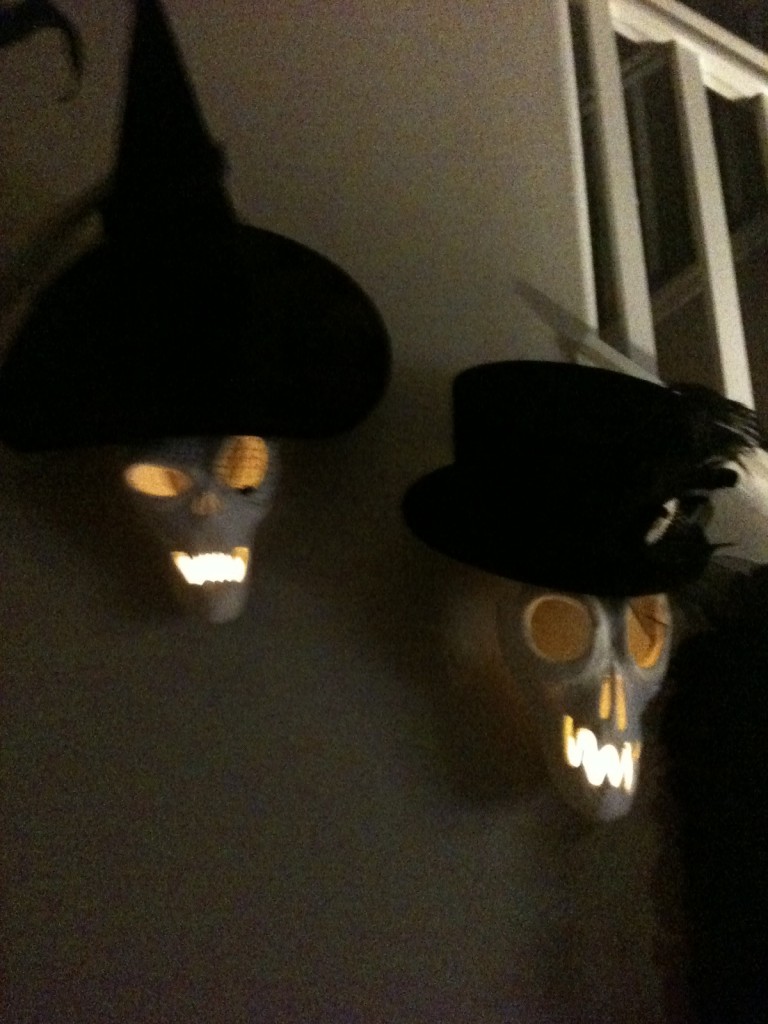 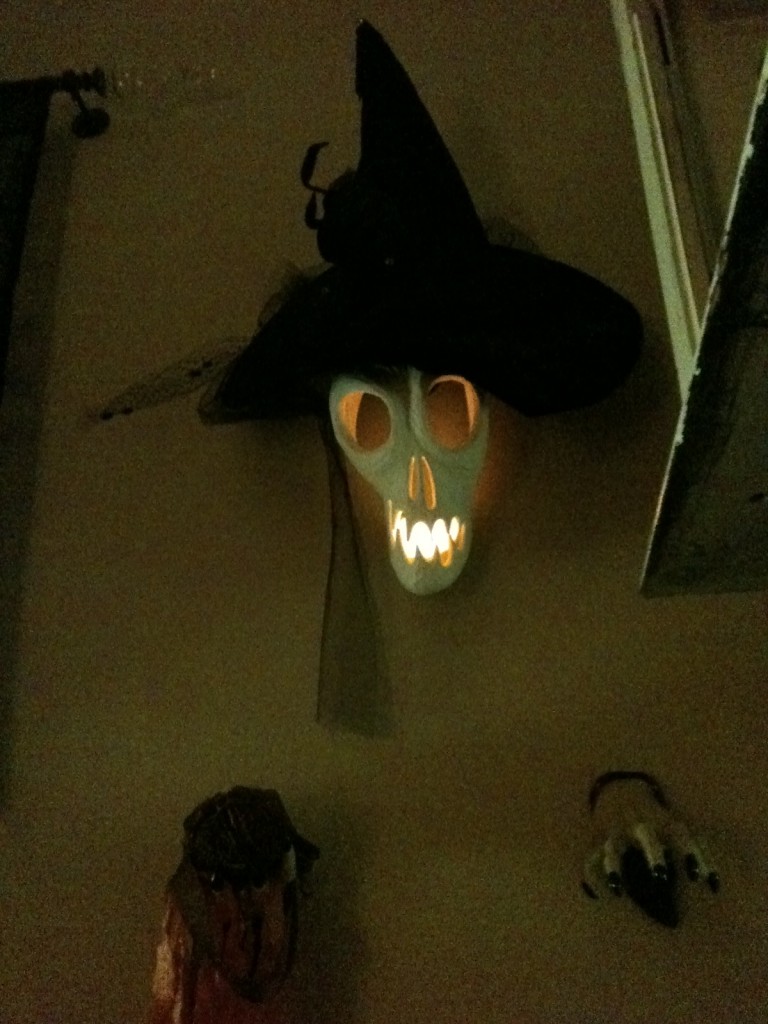 I hope that everyone had a Halloween filled with rare wonders and spooky spectacles. Professor Auds and Doctor Enns Malevolent Mercantile was a big hit, we had visitors from as far away as Connecticut and enjoyed folks coming right in and looking over the rooms that were decorated for our shoppe concept. Photo ops were high and we were really excited by the turnout this year, the neighborhood was lively with great displays and one of our neighbors was handing out bbq hot dogs to the parents! The weather was what you hope for, crisp, clear, just a hint of breeze (helps with candle flicker). Our “Party” was last night and its nice as a kind of dry run for the Big Night. Many thanks to all who support and assist. Hope all you Haunters out there had equally splendid evenings.
I look up and down our street, the porches have gone dark, the jackos have been pulled in, so far I’ve resisted the leftover candy. That good kind of exhaustion is settling in. 2013 a very good season. We had a skeleton theme to support the Malevolent Mercantile concept based on a weathervane designed by the great Edward Gorey. I received one for my birthday last year and it was our mascot of sorts. I wrote this in honor of that, and I post it here to close out Halloween 2013. (Pics and vids to follow in coming days). Into the Cauldron will continue throughout the year so I hope you keep coming back.

Twilight heralds the coming Eve
and hastens Spirits to reprieve
as boney denizens take flight
Along the Currents they alight
Above the cloudveil of the skies
that masks Their path from gazing eyes
On whirlwinds They softly drift
Exulting in this yearly gift
If clustered cloud should clear a view
And chance should cast your eye on through
Perhaps you’ll glimpse Their spectral trail
Outlined by Moon set low and pale
And should you happen to espy
These knobby specters gliding by
Don’t wonder why They’ve passed the Gate
’tis Halloween They celebrate
They’ll skim the coasts and float o’er hills
Defiant in Their ardent wills
They’ll fright the throng, a fitting task
Down lanes bedecked with mischief’s mask
This flight, this dance, this soulful weave
This Queen of Nights – this Hallow’s Eve!

The packaging for this trendy extra large ice cube silicone mold by Fred claims “…nothing’s cooler than a crypt, icier than a lifeless stare, colder than fate.”. While that may or may not be true this 3D ice mold certainly produces an ice “cube” able to sufficiently chill a beverage without attendant watering down of drinks. Using this mold to follow the current trend in icing drinks is fun and would be a great addition to the Halloween themed bar, but comes at a cost as each lists for $10.00 on the Sur La Table website. So you’d need to purchase multiples to fill the needs for a party. I ordered four and the results are great, easy to use and look amazing. Lots of fun. 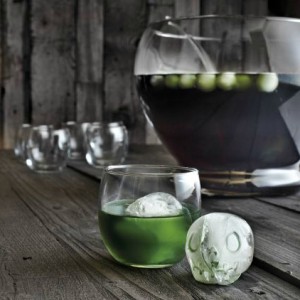 Shall I tell you a tale of why I love so much
these black and orange figurines called the boney bunch?
They show up every august to herald Halloween
Their Boney faces grinning wide as they appear on scene.
Boney Sir presenting Boney Bride her spider ring
Charon Boney in his boat dead and ferrying
Gypsy Boney gazing deeply into her sparkling globe
Reaper Boney keeping time with his scythe and robe
Headless horseman Boney riding hard on english saddle
Baby Buggy Boney making ruckus with his rattle
Lady Boney prim beneath her spider parasol
A juggling Mr Bonehead with his top hat very tall
Eternal Slumber Boneys read as off to sleep they drift
Bobbing apples Boney using his peculiar gift
Organ player Boney playing organ tunes to fright
Submariner Boney floating by with his flashing lights
Witchy Boney on her broom, hat adorned with spider
and Monster Bride waves hello, with her Frank beside her
So why do I love Boneys? The answer seems so clear
I love that they remind me of Halloween throughout the year!

These candles from my local HomeGoods store are a treat. 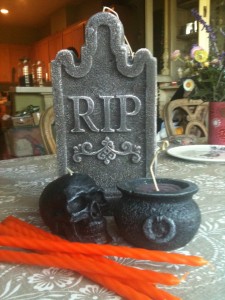 Crate and Barrel has their Halloween merchandise up on their website.  This is a skeleton corkscrew in a Dia de Los Muertos style.  I think it’s a great little piece of Halloween for the bar.  Can’t wait to pick this up! 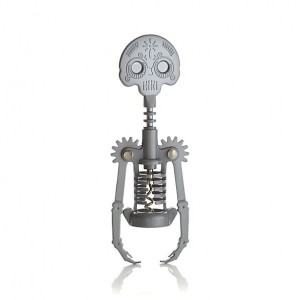